James Gardner (1908 - 1995) was Britain's most important post-war exhibition and museum designer. Starting his career with war-time campaigns for the Ministry of Information, Gardner went on to help shape the visual experience of post-war Britain. He was commissioned by the Council of Industrial Design to oversee the design of major events including the Britain Can Make It exhibition of 1946 and the Festival of Britain in 1951. He designed the public decorations for the Coronation of Elizabeth II in 1953.

Trade shows on a local and international scale were an important area of his work, they include stands for exhibitors at the annual Ideal Home Exhibitions and projects for the Central Office of Information. At the World Fair, Brussels in 1958 and Expo 67 in Montreal, Gardner had a considerable say in presenting ideas about British identity to international audiences. His displays for the Commonwealth Institute in London, in the early 1960s, speak of Britain's changing relationship with the constituents of her former Empire.

The Design Archives of the University of Brighton hold the complete archive of James Gardner. Comprising several thousand drawings, plans and photographs together with business correspondence and private papers (fifty large boxes), this archive is an invaluable source for the study of post-war British exhibition design. The Archive includes original plans and drawings for major overseas museum development projects such as Evoluon. They include one of Gardner's last projects, the Museum of Tolerance, Los Angeles, 1993. 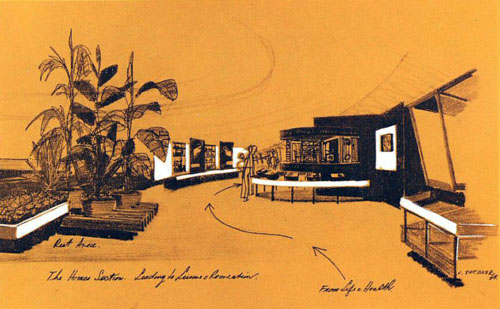 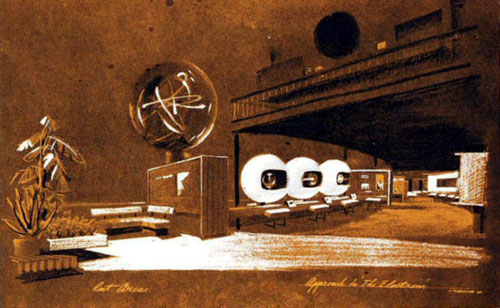 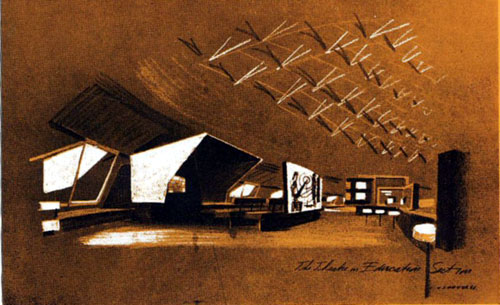 These are three Gardner sketches for the Evoluon.

At this time there is no website for the Gardner archive. When one becomes available, it will be linked to at this page. p>If you are interested in James Gardners projects, you could go look for his book "The ARTful designer, ideas off the drawing board, by James Gardner" ISBN 0-9521277-0-9 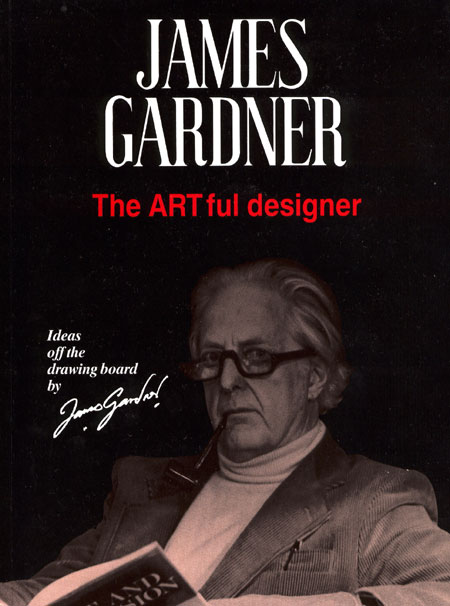