A permanently manned amateur radio station was based in the Evoluon. Here are some pictures that were taken when the station was just installed, at the end of the sixties. 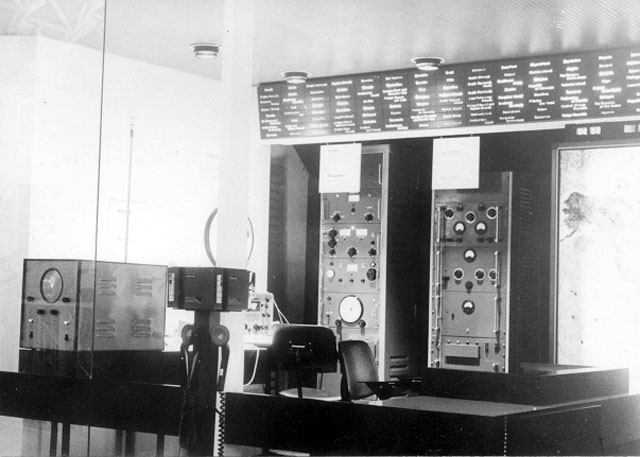 The PE2EVO station in about 1969. A lot of coutry names are in the above right,
the name of the country that was being contacted was illuminated. 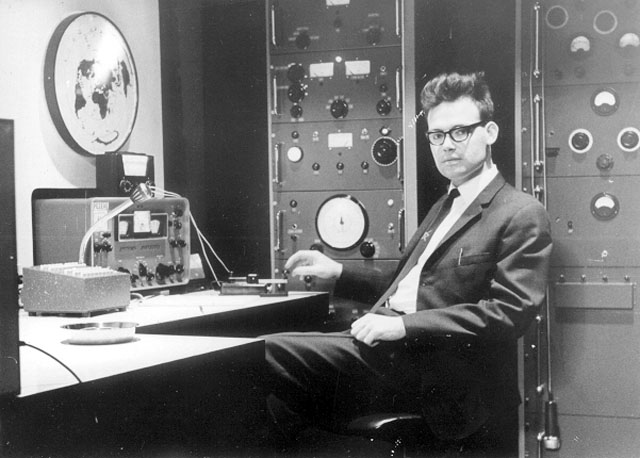 PA0PAZ operating the transciever that he built.
The light bar on the world map indicated the antenna direction. 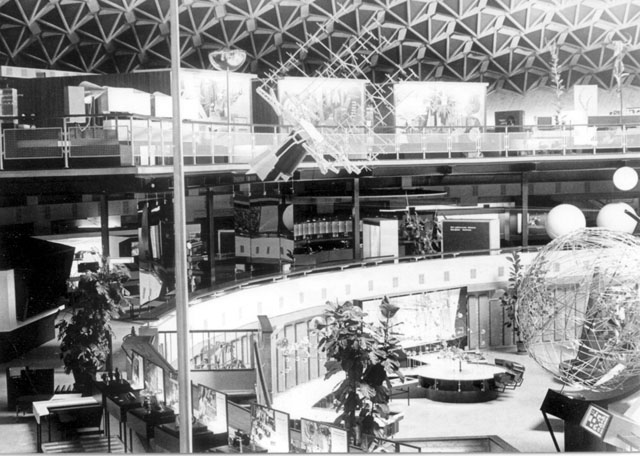 The view on the exhibition from the radio station. 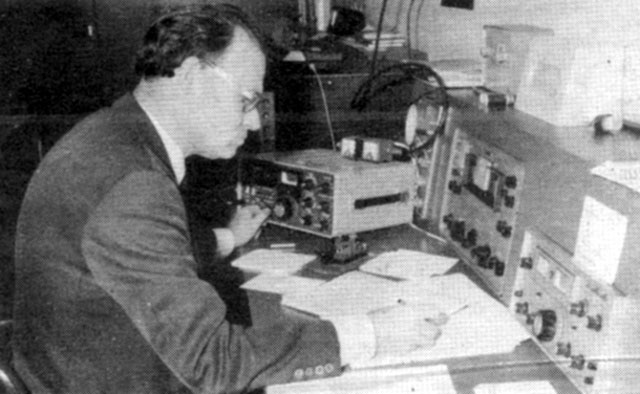 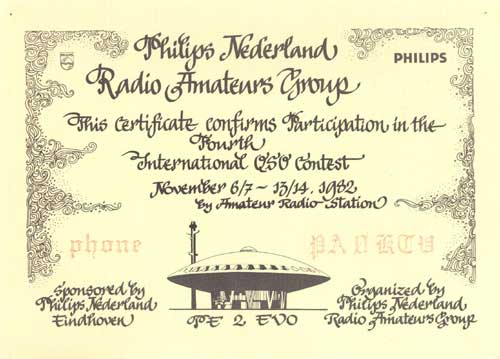 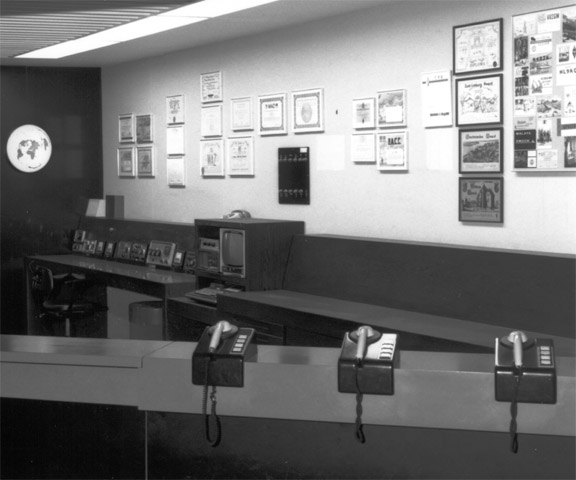 Radio amateurs who contacted PE2EVO got a special 'qsl' card from the operators to confirm the contact. (In morse traffic the code QSL means that the message has been received correctly.) Here are images of these cards and the story of one radio amateur. 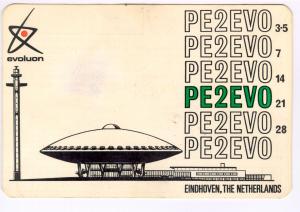 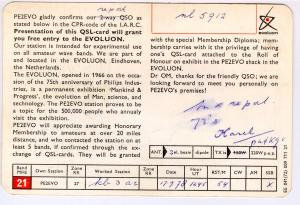 The fist QSL-card from PE2EVO, the amateur radio station in the Evoluon, I got after sending in a listening report (I was not fully licensed yet). It was a card that was printed in 6 versions, with the outlined PE2EVO callsign colored for the appropriate HF amateur band (only 3.5 / 7 / 14 / 21 / 28 MHz in that time). With this QSL-card it was possible to get free entrance into the Evoluon!. I used it *many* times to visit the Evoluon, which was only a few streets away from where I lived. After some years I got a stamp on the card at the Evoluon entrance and it was not valid for free entrance any more :-( I erased the stamp from the QSL-card (you can still see it on the card) but did not use it any more. 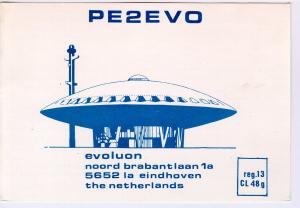 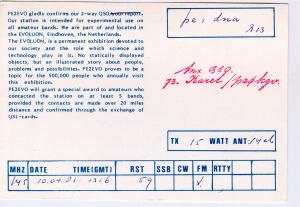 The second QSL-card was from a 2 way QSO on 145 MHz I had with PE2EVO operator Karel, PA0KGV a few years later. The card is not as professional-looking as the first card, and the line about the free entrance was removed. Karel had probably gotten RSI from signing the cards and used a custom-made stamp with "tnx qso" etc. on it. The operators of PE2EVO (Karel, PA0KGV, Peter, PA0PAZ and Wim, PA3BEB) were probably the only professional amateur radio operators on the world, actually paid by Philips to operate an amateur radio station, which was also property of Philips of course! The operators also had other responsibilities, like giving explanations to the guests. (Peter also was the computer sysadmin and programmer for the Evoluon computer systems.) 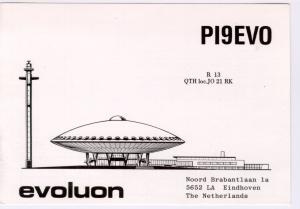 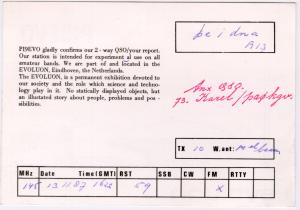 On the third card the callsign was changed to PI9EVO, due to some changes in the Dutch regulations concerning amateur callsign prefixes, somewhere in the 80's.