From 1970 to 1974, close to the Entrance of the Evoluon was a magnificent robot, a cybernetic sculpture built by Edward Ihnatowicz. It was the first computer controlled piece of art. The Senster would move toward sounds, but would shy away from loud sounds, or if you tried to touch it. It used four microphones and two radar horns to see and hear its surroundings. 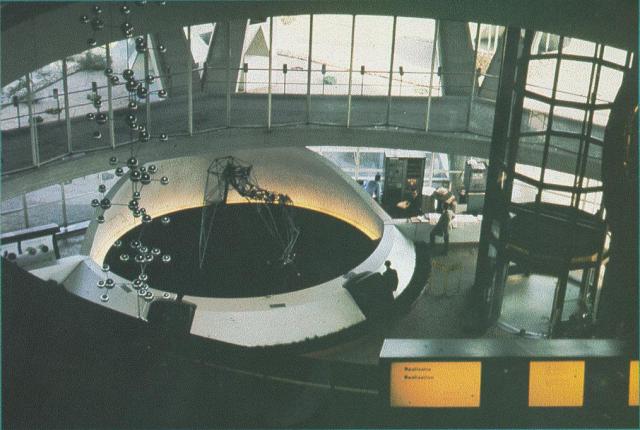 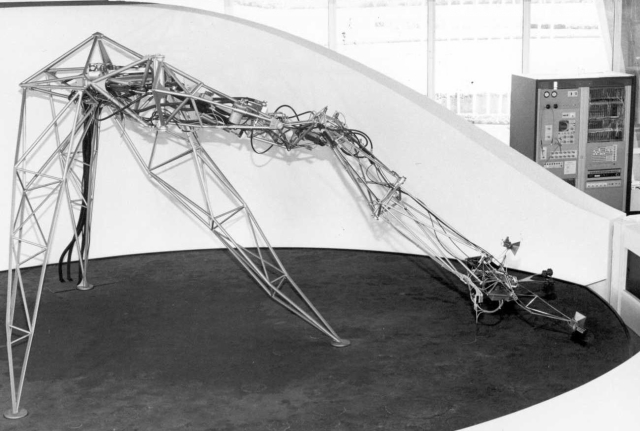 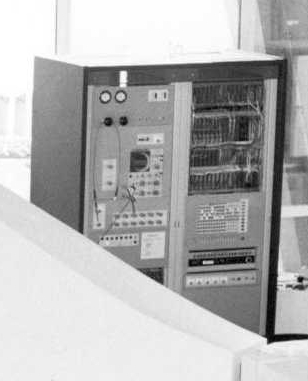 The Senster was controlled by the Philips P9201 computer on the right of this picture. The left cabinet held the hydraulics equipment and the right cabinet was the computer itself. It was a 16 bit system with 8k core memory and paper tape for the external memory. The P9201 is actually a re-badged Honeywell DDP-416, which is a stripped down DDP-516. It's a 16-bit machine, in fact it's code compatible with the DDP-116 which was the first ever 16-bit mini-comupter. The website of Adrian Wise has information about this series of machines, including the surviving source code of the Senster control code.

The program to drive the Senster was written by Edward Ihnatowicz himself, but Peter Lundahl, the Evoluon sysadmin, added many refinements to the software over the years, so that ultimately the Senster reacted almost lifelike to its surroundings. 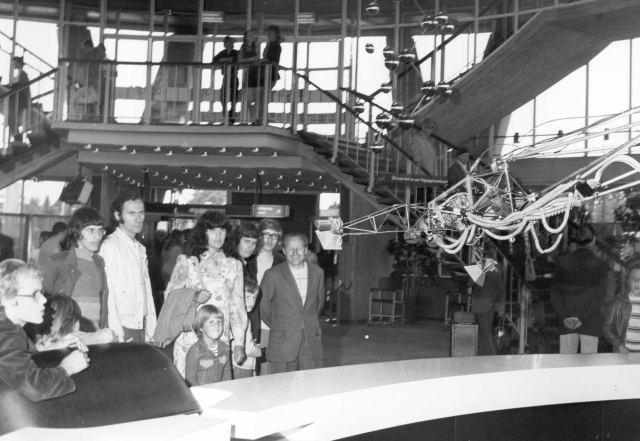 More on the Senster at www.senster.com the website of Alex Zivanovic, a great Senster fan. This site is worth a visit! It has a rare movie, showing the Senster in motion.

The Senster is also mentioned in CACHe a project to document computer art in the United Kingdom.

Senster parts
After a long search we found a small part of the Senster. See the report.

Senster found again
For years everyone in Eindhoven thought the Senster was destroyed when the exhibition was removed from the Evoluon. But because this page is on the internet, and because a fan from Oost-Souburg decided one evening to type 'Senster' in a search engine, we now know the Senster still exists today! See how the Senster looks today.

A team of the university of Krakow in Poland has bought the Senster and has restored it to working condition. It is not on permanent display but can be seen on media events. This year in october it will be seen at the Exhibition artbots. More information on the site of the university Interactive sculpture Senster reactivated after more than forty years