We visited the Philips Museum Eindhoven, run by the Organisation for preservation of historical Philips products, to see what they were able to preserve from the Evoluon. 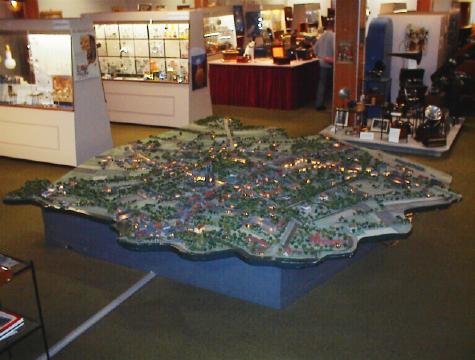 The first thing you notice upon entering the museum is this maquette of Eindhoven from the beginperiod of Philips, which originally comes from the main hall from the Evoluon. Next to it was originally a computer that explained all kinds of things about the Evoluon. The computer, upon explaining something about a certain building, lit a little light inside the maquette-version of the building to focus attention of the public to it. 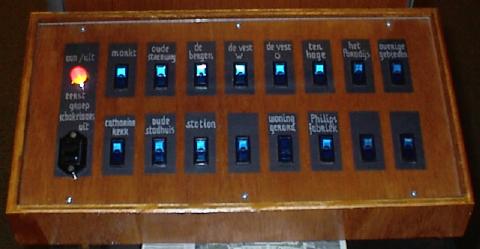 The computer is gone, so the museum built a little box to light the lights by hand. 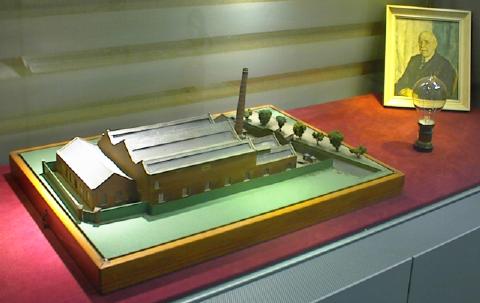 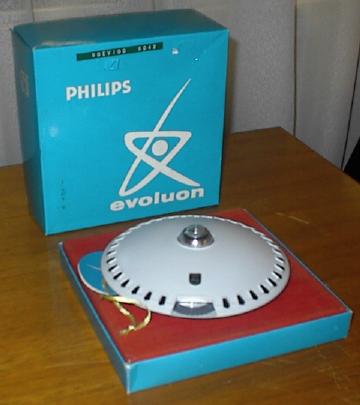 In one of these display cases you can see a magnificent medium-wave radio in the shape of the Evoluon! 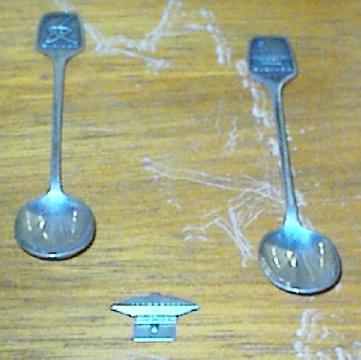 There were also Evoluon spoons and a pin. Pity this picture didn't work out so well. 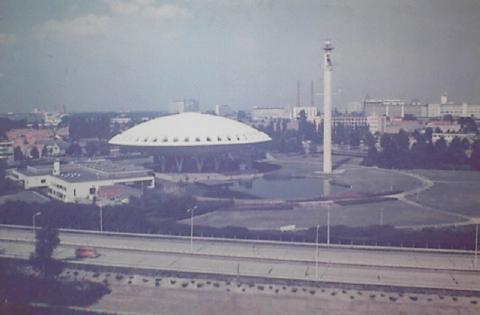 There was an old general view of the Evoluon hanging on the wall. 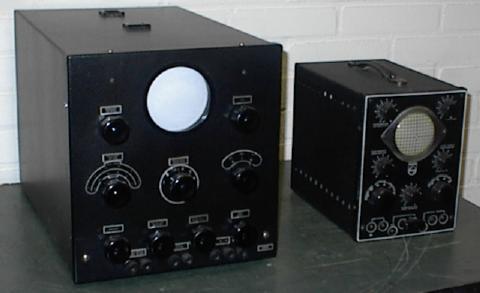 The museum owns a fantastic collection of old measurement equipment. Here you can see two scopes from the thirties. The museum has a large number of volunteers who renovate old machinery beautifully. As far as we know these scopes were not in the Evoluon, but they looked so well preserved that we had to include them here. 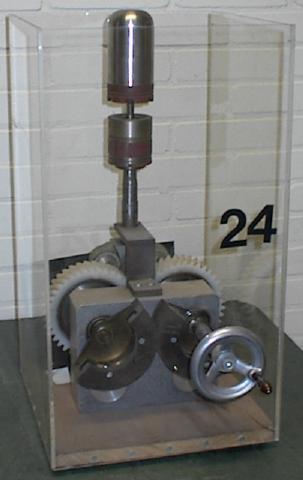 This model of a Sterling machine also has its origins in the Evoluon. This was probably part of a display of a Sterling coolingmachine. Philips used to make them; manageable machines to make liquid oxygen in your laboratory. The model is in a different cabinet now than the one it was in when it was shown in the Evoluon. 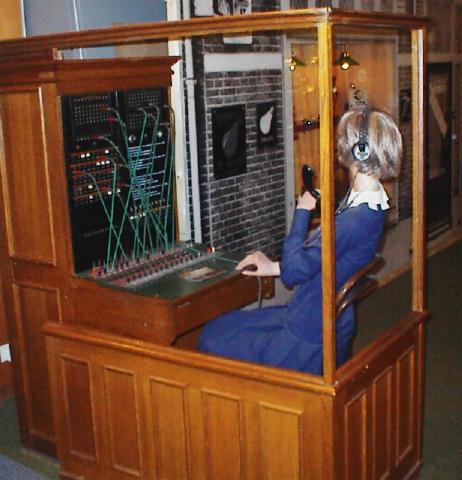 Of the telephone-exhibit from the Evoluon 'Truus' has been saved.

Go to the second page